Listening to podcasts is a great way to make your daily commute easier. I’ve been listening to podcasts for some time now, although I am a latecomer: podcasts are “old things” now. By listening to admittedly small number of them, I can say that some are great, some are just good, and from some I’ve unsubscribed after just five minutes of listening. The curious difference between a podcast and a book is, to me at least, that the book has to be really boring to put me off; on the other hand, there are many things that can go wrong with a podcast: bad editing, narrator’s annoying voice, bad sound quality, too slow or too fast talk… name your personal itch. This makes podcasts more vulnerable than books. So, what are some good podcasts? At least, what are the podcasts that I like? 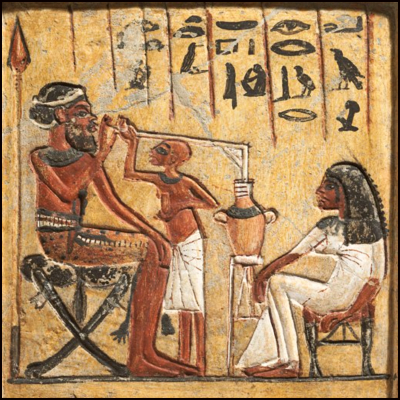 Enter The History of Egypt by Dominic Perry.

I do admit to have taken good interest in history in my later years: the history classes in school were mostly really boring. (sorry, teachers!) With one notable exception, all of my history teachers were incapable of taking the attention of the class, and the history I (don’t) remember was full of names and years, and who did what at what time, a stream of names and numbers with little connection between them. We did not learn why things happened, we just learned that they happened, who did it and what century or year it happened. The context given to events was brief and focused on bare skeleton of the much greater context of the times.

That one teacher who could captivate us? She knew how to tell a story, how to explain why something likely happened and she knew how to connect the dots; even more important, she knew how to bring historic characters to life, to be men and women, and not just names with numbers.

After leaving the educational system, it took almost two decades for me to stumble upon a few really great history books and discover that I actually love the stuff.

I would dare to say that The History of Egypt is one such podcast: it tells the story from the very beginning of Egyptian history on, through millenia of development and dissolutions, heights and tribulations. Dominic’s narration is clear and easy to listen, and he does employ the same little trick that my old teacher used: he’s talking in stories. This is no easy task, for a serious history book or podcast can not stray too much from the scholastic knowledge in its attempts to be entertaining. But Dominic plays the scale better than Anubis, the Guardian of the Scales, while Thoth, who is Aani in Duat (underworld), weighs the hearts against the feather of Maat (both goddess and the tenet of cosmic order) and proclaims the fate of the deceased. 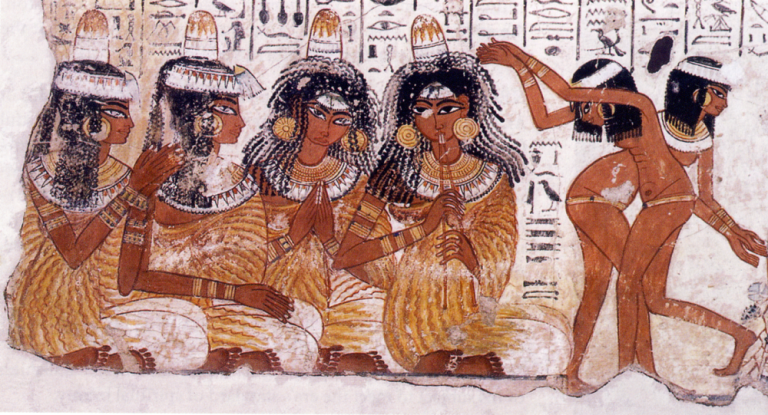 Did you know that Egyptians had a festival where women would get on a barge and process up and down the Nile while flashing their breasts to onlookers like an ancient Mardi Gras? Neither did I know, so guess where I’ve heard about it? (they did it for religious reasons, by the way) Did you know that there was a religious festival where you wouldn’t be a true faithful if you did not get dead drunk?

A mystery novel you like? How about a crime, a never resolved possible murder of a Pharaoh? Or, how about what ancient Egyptians ate? Food? Cereals? Vegetables? Fish? Wild animals? Other people? What did the wealthy do? What did royal wives do, if they ever had to do anything?

The information doesn’t have to be juicy to be intriguing – it has to be a story. Dominic delivers in a great style, and his podcast is full of interesting details. Of course, you can learn a great deal of “official history of Egypt” from this podcast because everything is based on the archaeological evidence and relies on expert knowledge; it’s the frosting on the cake that makes it delicious.

If you have developed an interest in sampling his work, pick any mini episode: they are full of stories you can not find in your average history book. And if you’re willing to give it a go, start with the oldest podcasts first; you can find them on iTunes and many podcast sites. I listen to the podcast using PlayerFM application available for both iOS and Android.

P.S. there’s no advertising in this article: I have no financial gain from promoting the podcast or podcast application: I just like them, so I decided to share them with you. Dominic, keep up the good work!