I’ve grown up among the great big socialist buildings, grey and practical. No material to waste, no unnecessary decoration. In return for living in high rise grey buildings, we had big and nice parks, so it wasn’t all that bad. Yet I always felt like the art does not belong to living quarters, it was confined to few exemplary public buildings and monuments to the Revolution. This is how it looked like thirty years in the past when I was but a boy who still did not understand how the world revolved.

Oh, we weren’t shut off from the outside information like less lucky socialist states were, in fact we had a reasonably free flow of information in and out. It’s just that the society felt like what we were doing was the right thing: austere, practical, no-nonsense things, with a little leeway for hedonism.

This is why I like this building: it screams of material spent into designing something that isn’t necessarily practical, but eye-catching for sure. 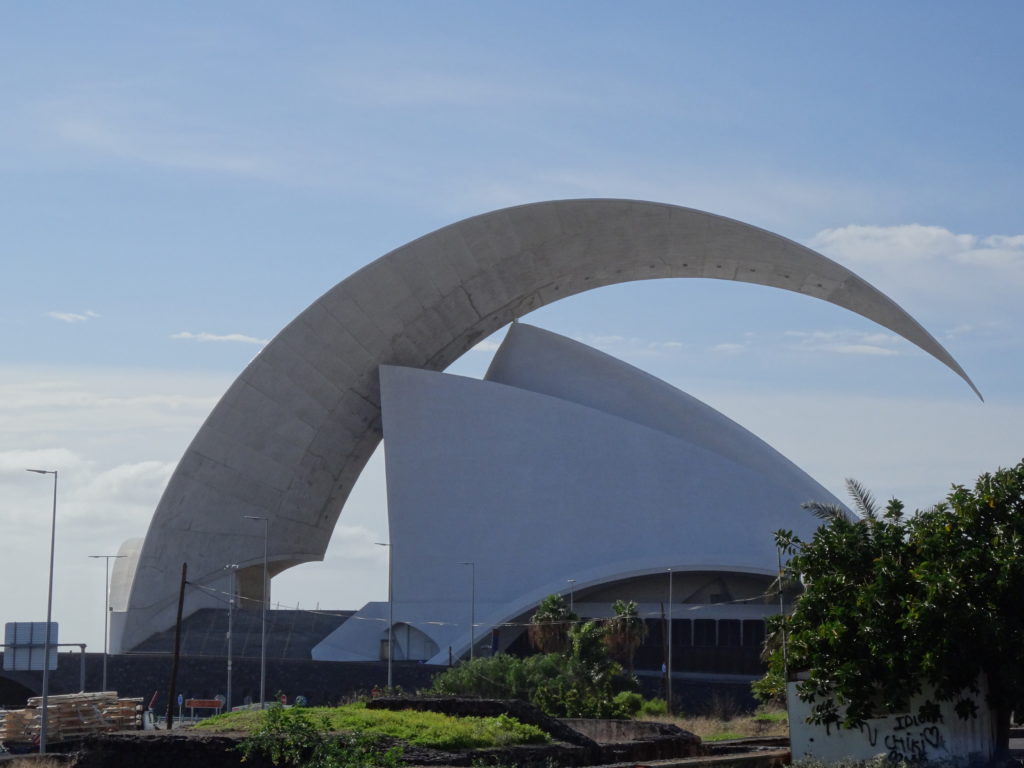 Just look at that arch! So much concrete wasted just to create this visually stunning piece of architecture! And that tip, the tip that requires care and maintenance, or it might fall off and kill someone down there! 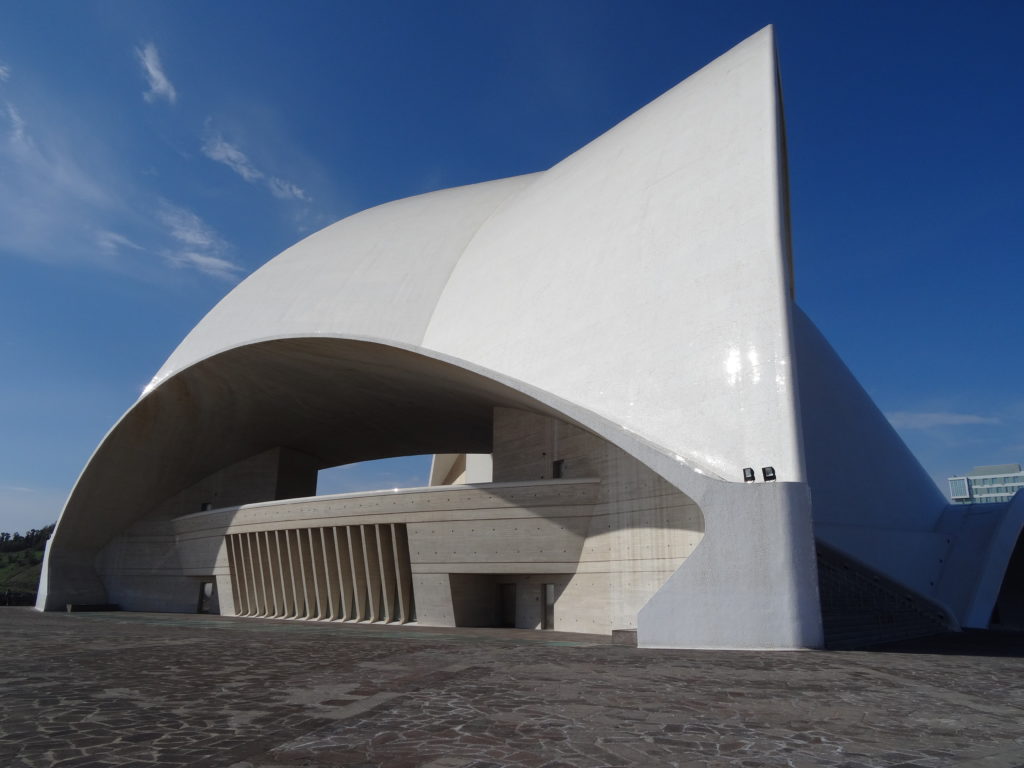 As far as concert halls go, this auditorium has everything: it’s interesting inside out (alas I have made no photos of the interior), it sits on the waterfront (cue the sound of waves) and acts as an orientation point for tourists. The wave crest, the biggest part, is 58m high at its peak. 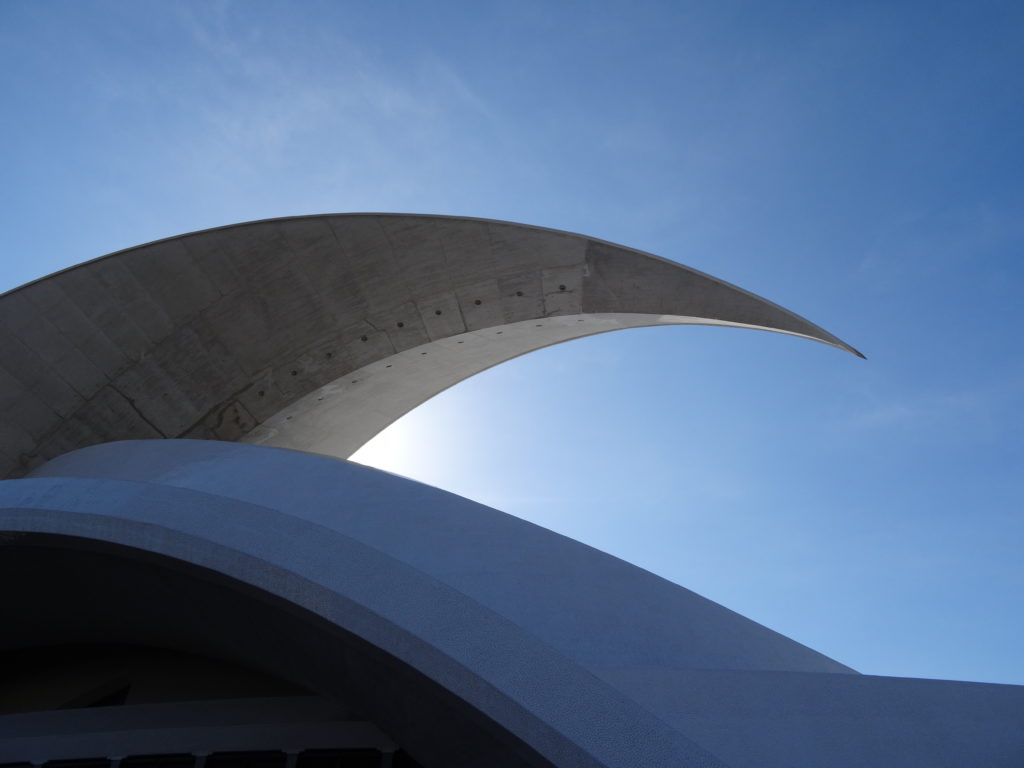 It is difficult to make too bad photo of this building. 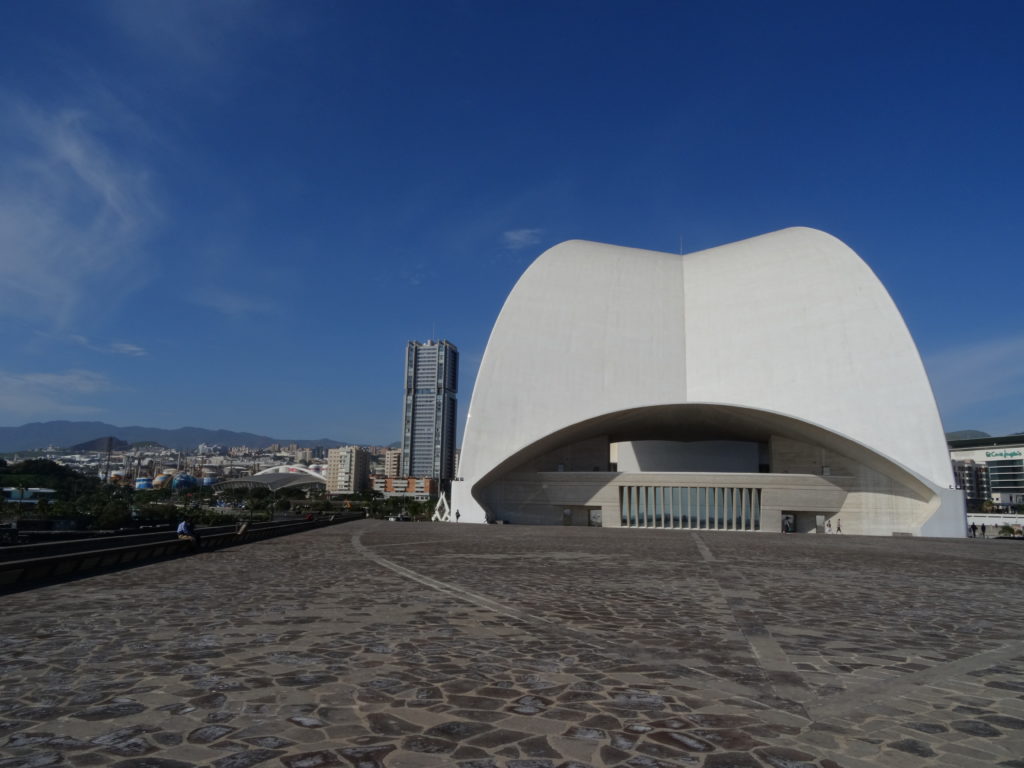 The back of the auditorium is turned towards the ocean, with the plaza protruding much into the waterfront. This huge open space with its dark patchy floor is in stark contrast with the white-ish hues of the building. Seen from this side, the building doesn’t seem as spectacular: it looks like it could be another industrial building, one of so many utilitarian solutions for processing and storage of things planted by the industrious hand not too far from here. Yet it feeds the souls, not the industry. 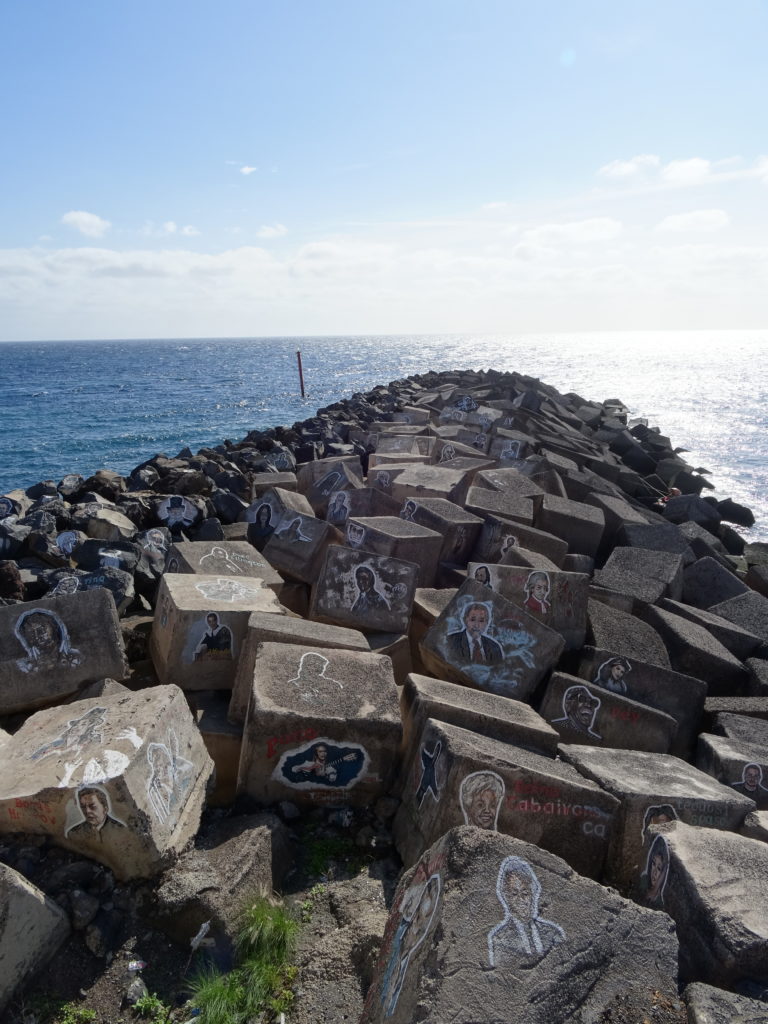 Fittingly, the breakwater extending from the plaza into the sea has been artfully transformed from a grey sum of stone blocks into a memento to famous artists. Its temporary nature (as the paint can’t withstand unceasing salt, water and wind for long) is the very seed for the next generation of art that will grow on the memory of the previous. 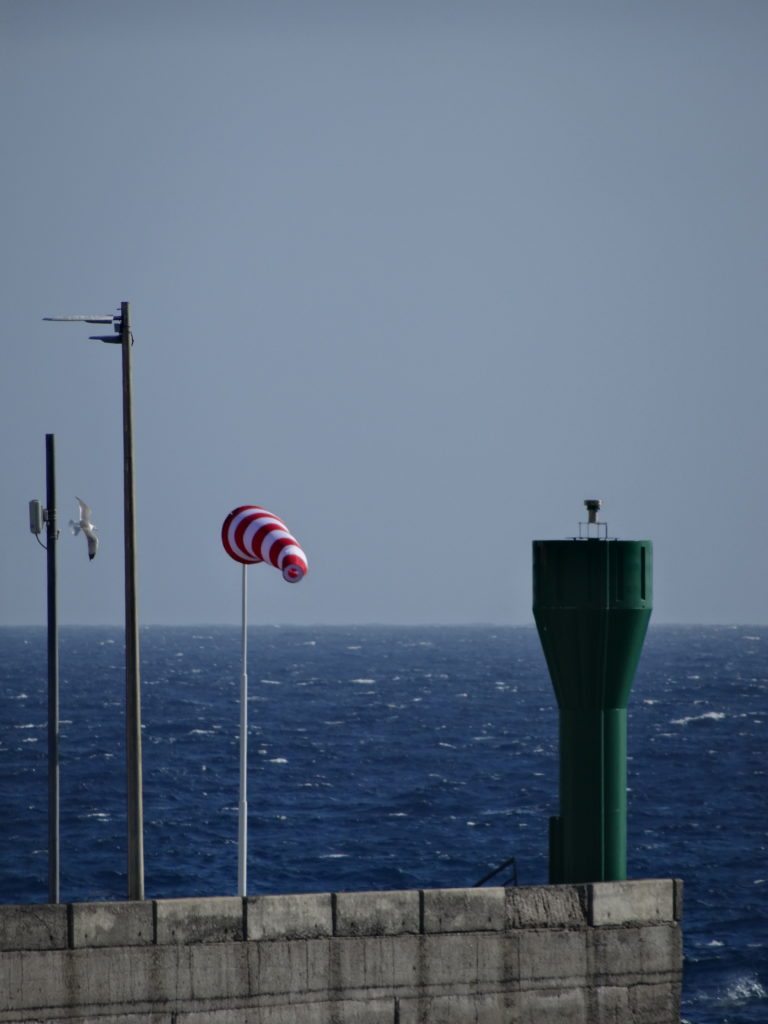 Oh, and if I left the impression I’ve been living in a grey box-shaped hell and have seen no other colour until I dug a tunnel to Austria, this is our national theatre: 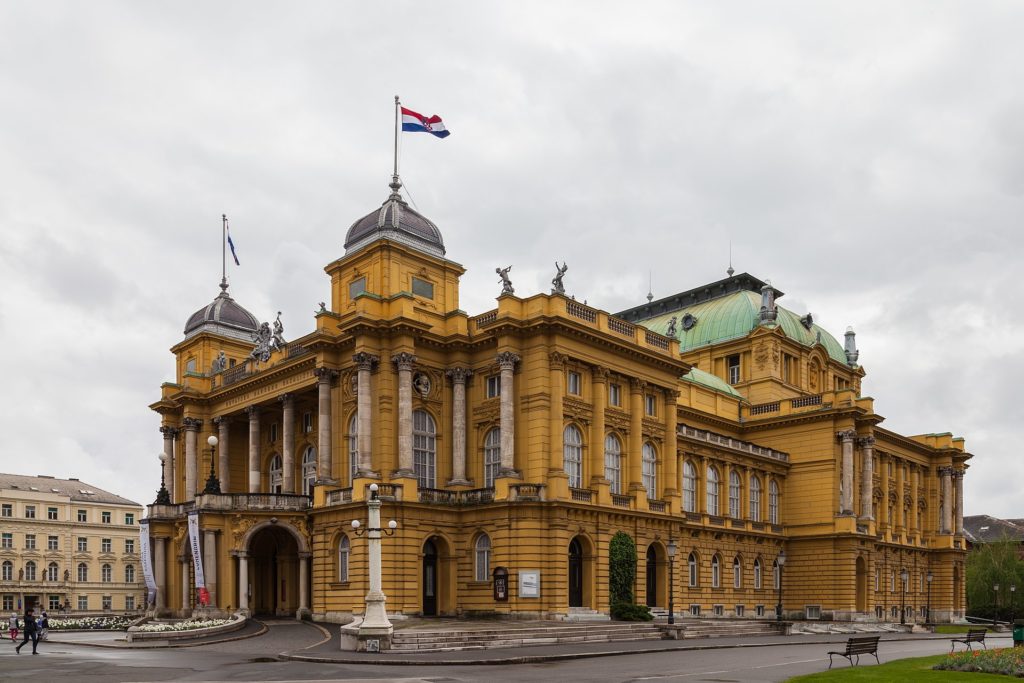 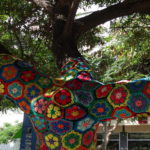 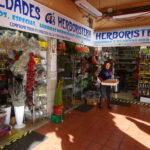 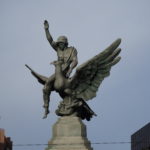